Pakistan has existed for far too long as a third world country, a label that depicts the sad fact that we have lagged behind the developed world on almost all fronts for the past seven decades. It is about time that we took the initiative and began to transform ourselves into a nation that is well aware of the latest technological trends and utilizes them for progress.

In view of the heavy reliance of Pakistan’s economy on agriculture, this is the field which we need to work on the most. Despite being a predominantly agricultural economy, our efforts towards improvement in this area have left a lot to be desired. Even after more than sixty years of independence and in spite of living in a world that is technologically growing at lightning speeds, we have miserable failed to gain from the possibilities presented by the rapid pace and easy access to the latest technological breakthroughs.

We must stop ignoring our dismal state of affairs and the first step towards rectifying ourselves is admitting that we face serious problems on almost all imaginable fronts in the field of agriculture. A common farmer is thronged by problems on each and every step as he strives to improve production, quantitatively and qualitatively. Take a moment to imagine the plight of an average agriculturist in this country. The seed he gets lacks in quality, the ground water is brackish, pesticides and herbicides less effective that he wants and toxic on top of that, the machinery he has to use requires so frequent repairs and has such a short life so as to seriously hamper its efficiency…..the list is almost endless.

As the world continues to shrink into a global village, new avenues and opportunities keep expanding in every conceivable direction. New researches appear on the world scene everyday and mankind seems to be all geared up to conquer new heights in science & technology. To a common man, it may look like the most important fields of knowledge in the modern world are telecommunication, information technology, physics or medicine. But we must not forget that any knowledge, theory or research is only as effective as its use to make human life better. Short of that, it is all no more than mere pieces of paper.

In the case of Pakistan, which is primarily an agriculture based economy, no serious improvement in the life of a common man can be envisaged without progress in the field of agriculture and farming. Boosts in telecommunication industry or the growing importance of media are just numbers, if not backed by a strong agricultural base. Therefore, we must realize that the time is ripe for us to focus all our energies on this sector. Pakistan Agriculture and Dairy Farmers Association (PADFA) was founded for exactly this purpose

It gives heartiest pleasure to see that we should sit together with our most important partners in the endeavor to put Pakistan on the path to becoming world leaders in this area. However, it might not be out of place to say here that this country has never needed the services of esteemed institutions more than it does now

It is unfortunate that despite a massive herd size, the average animal holding size per household is less than 3, leading to an extremely fragmented dairy farming structure. This in itself poses a huge logistical issue for any organization or institution that is aiming to impact these farmers positively.

The major problem for small holding dairy farmers is the dismal milk productivity of Pakistani cattle and buffalos which is less than 4 liters to 5 liters per day for the whole duration of the lactation cycle of around 305 days. On average a dairy animal in Pakistan yields 6-8 times less milk than a dairy animal of the developed world, approximately 8 Pakistani milk producing animals are equal to 1 animal of the developed world.

Dairy farming and goat farming have remained much neglected areas in Pakistan so far. We have to take huge strides in these sectors and use the untapped potential here to give a major fillip to our economy. 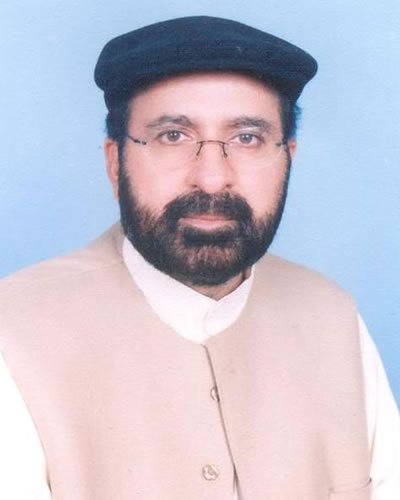