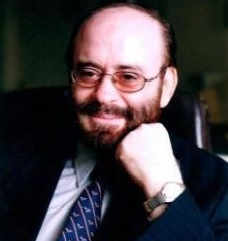 There is a lot of hue and cry in the press as well as civil society that Agriculture should be taxed. There is a general perception that taxation of the Agriculture sector is essential to increase Pakistan’s tax to GDP ratio and bring its economy back on track. Numerous commentators are of the opinion that since agriculture contributes about one-fifth of Pakistan’s GDP, its exclusion from taxation is a burden on the economy. Like  all patriotic and responsible citizens  of Pakistan,  I  am  also of the opinion that all  sectors  of  the economy  including agriculture  should  pay their  due  share of taxes. But I must stress on the phrase ‘due share’. Whereas no sector or person can be allowed to get away with paying less than his ,due share, it is also extremely important that no sector is overburdened with more than its ,due share.

I would like to take this opportunity to clarify certain misperceptions that lie at the bottom of these opinions. Firstly, the mere assumption that agriculture is not taxed in Pakistan is wrong. This assumption is probably based on the fact that agriculture is exempt from Federal Income Tax under section 40 of the Income Tax Ordinance, 2001. However, the federation cannot impose tax on agriculture under the constitution, which has clearly made agricultural income tax a provincial subject. And all provinces of Pakistan charge income tax on agriculture without exception. The factual position is that there are too many taxes on agriculture. There is a tax on landholding of 12.5 Acres and above and an agricultural income tax, whichever  is  higher.  What this means is that one has to pay tax irrespective of the fact whether he has earned a profit or incurred a loss.

This means that only 0.57% of the total Agriculture sector owns the amount of land generally believed to be required to enable a person to pay taxes. Similarly, the 20.9% contribution of the sector towards Pakistan’s GDP is not all composed of crop-growing. More than half of this contribution comes from dairy farmers and other agriculture-related activities, most of which are taxable even at the federal level. Another interesting fact  is  that whereas all salaried and business individuals enjoy a basic exemption of  at least Rs.400,000/-, the basic exemption for agricultural income is merely Rs.80,000/-. This is not only illogical but merely inequitable.

I believe that an owner of a mere 5 Acres or someone who makes Rs.80,000/- or so a year should be eligible for receiving charity rather than paying taxes.  Agriculture  sector  is  already  bearing the  brunt  of  Indian  produce  which  are  heavily  subsidized.   Taxing  them  further  would  amount  to  strengthening  the  hands  of  Indian  farmers. Taxing them further could result in crippling the economy and could even result in a famine. Import of food items from India and other countries would further increase our fiscal deficit.

The agriculture and Dairy Farming Sector is facing uncertainty at the time of sowing regarding the prices of inputs as they have to purchase all inputs on  rates in the market over and above the rates fixed  by the government and no department comes to rescue the poor farmers  from this anomaly. At harvest time, they face the same uncertainty again as he is compelled to dispose off the  produce on rates lesser than those fixed by the government as farmer have  no capacity  to hold the produce due to a complete absence of infrastructure to store the produce. So farmers suffer twice a year on each and every crop.

My  submissions  are  that  landholding  tax  should  be  levied  on  25  Acres  and  above and exemption on agricultural income should be equal to that for salaried individuals. It is high time that we stop the rhetoric and realize the importance of agriculture for our economic future. What is needed is a thorough analysis and steps to enable farmers to increase production and efficiency rather than burdening them further with taxes. We have to decide now. Do we need to strengthen this goose that lays golden eggs or should we sacrifice it for immediate monetary gains.